Before we discuss how you can turn exercising into a habit, we have to first define a “habit.” According to the dictionary, a habit is “A recurrent, often unconscious pattern of behavior that is acquired through frequent repetition.”

Forming a habit require us to go through a three-step process: In our case, we want to make exercising a habit.

We all have a busy life, so it’s easy to put off exercising when some other priority gets in the way. However, once your exercise activity becomes part of your daily routine, it’s something you do almost without thinking, regardless of what else you have going on at the time.

Part of establishing a habit is creating a “trigger” … an event that when it happens, your unconscious tells you to go do that activity.  For example, if your time to exercise is in the morning right after you get up, then getting out of bed is your trigger. If you do some stretching in front of the T.V., then when your favorite program comes on could be your trigger to s-t-r-e-t-c-h!

When going through the process of making something a habit, we need to establish a goal. And once we reach that goal, we need to reward ourselves and set a new and higher goal. By having that “carrot on a string” hanging in front of us, it gives us the incentive to keep doing the activity until we get the reward.

However, if exercising is your activity and losing weight your goal, don’t sabotage your success by using food as a reward. A reward could be a new swimsuit a size smaller that you purchased but can’t fit into yet, or a movie after losing 10 pounds.  It can be anything that you want that supports your success in reaching your goal.

So How Long Does It Take to Establish A Habit?

Some say a habit can be formed in at least 21 consecutive days … others say that up to 60+ days. It really varies from person to person. The point is, that forming a new habit (or getting rid if a bad one) takes time and commitment. But by selecting a trigger, goal and reward, you can be successful in making “exercising” a habit, which will benefit you for a lifetime.

This post is for INFORMATIONAL PURPOSES ONLY and is not a substitute for medical advice, diagnosis, or treatment. Always contact your doctor or other qualified healthcare provider with any questions you may have regarding a medical condition or treatment and before undertaking a new health care regimen. And never disregard professional medical advice or delay in seeking it because of something you have read on this website.
. . . . . . .
Disclosure: This page may contain external affiliate links that can result in us receiving a commission if you choose to purchase mentioned product(s). We appreciate your support! 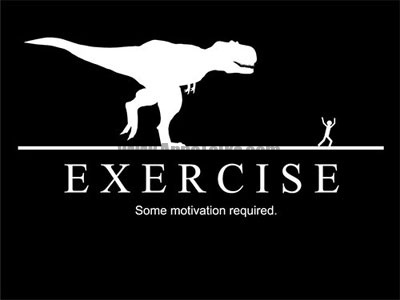